We have not lived in vain I Short film + Discussion 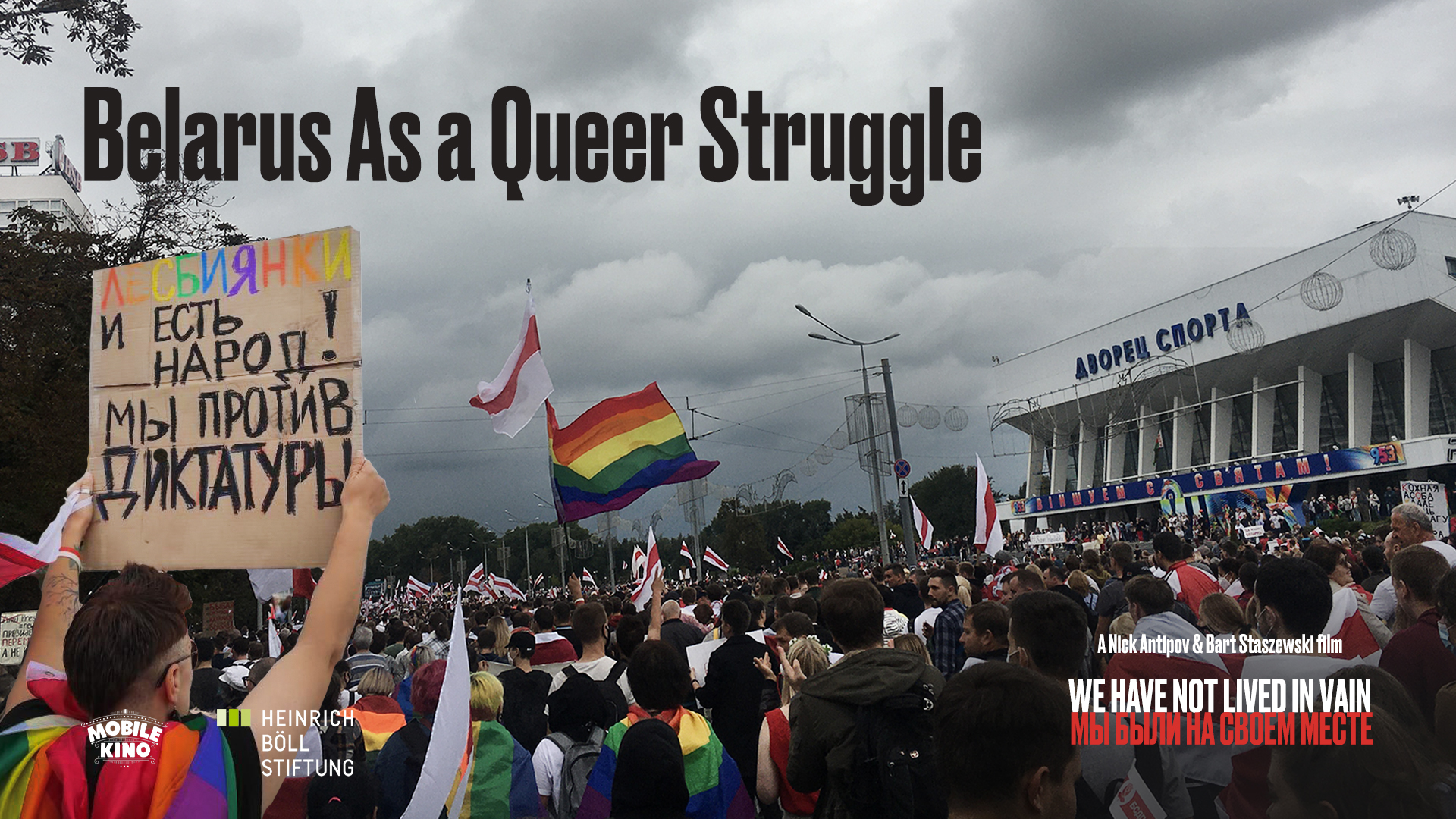 We have not lived in vain I Short film + Discussion

“WE HAVE NOT LIVED IN VAIN”

In the ongoing protests in Belarus against Alexander Lukashenka and the sitting regime, the LGBT+ community walks alongside other demonstrators, with a common wish to see a change in their country. The LGBT+ community perceives a political turnaround on the highest level as a first step towards a more inclusive society where the community would have a more secure space.

This film is a Polish-Belarusian production telling the story of the protests that erupted in Belarus through the eyes of LGBT+ activists. The protagonists Olya, Zhenya, and Sveta explore what it is like to be LGBT+ in Belarus and try to fight for equal rights in a country where a revolution is taking place.

At the protests, LGBT+ people face violence and abuse when arrested, but are often also met with a lack of understanding and lack of appreciation at the marches themselves. “Why are you here? This is not your protest! ” – they hear from other protestors in response to their rainbow flags in Minsk.

In their moving documentary film, Nick Antipov and Bart Staszewski tell the personal stories of queer people in Belarus who got a chance to be heard.

9:45-10:30 Discussion with the film directors and Vika Biran, LGBT+ activist from Belarus

About the film directors:

Nick is the Co-Founder of MAKEOUT, an antidiscrimination project empowering the LGBTQ community in Belarus and one of the largest online platforms for LGBTQ issues in the region. Among his many projects, Nick and the MAKEOUT team created a leadership program for young LGBTQ leaders that has fostered a new generation of activists in cities across Belarus. Nick is passionate about empowering communities that face discrimination and believes in their creative potential to change the world. After the rigged presidential elections in Belarus, 2020, he volunteered for human rights defenders and collected stories of torture and violence against peaceful demonstrators.

He is one of the organizers of the Equality March in Lublin, which was met every year with riots and protests from right-wing hooligans. He is a member of the association „Love Does not Exclude” and one of the founders of “Lublin Equality March Association“. His work for the LGBT+ community has been recognized internationally. In 2019 he was awarded the European Tolerantia Award.

Bart was fighting in courts in several court-trials with Polish homophobic right-wing politicians and media. He became a target of SLAPP (strategic lawsuits to silence activists) and got several lawsuits from cities represented by alt-right wing NGOs that called for him to be considered an enemy of Poland and the Polish people.

LGBTQ+ activist, co-founder of the belarusian LGBTQ+ project MAKEOUT, author, project manager. In 2020 Vika took an active part in the protests in Minsk and spent 15 days in prison. From 2021 on she studies Cultural Studies at the European Universitat Viadrina (Frankfurt-an-Oder).