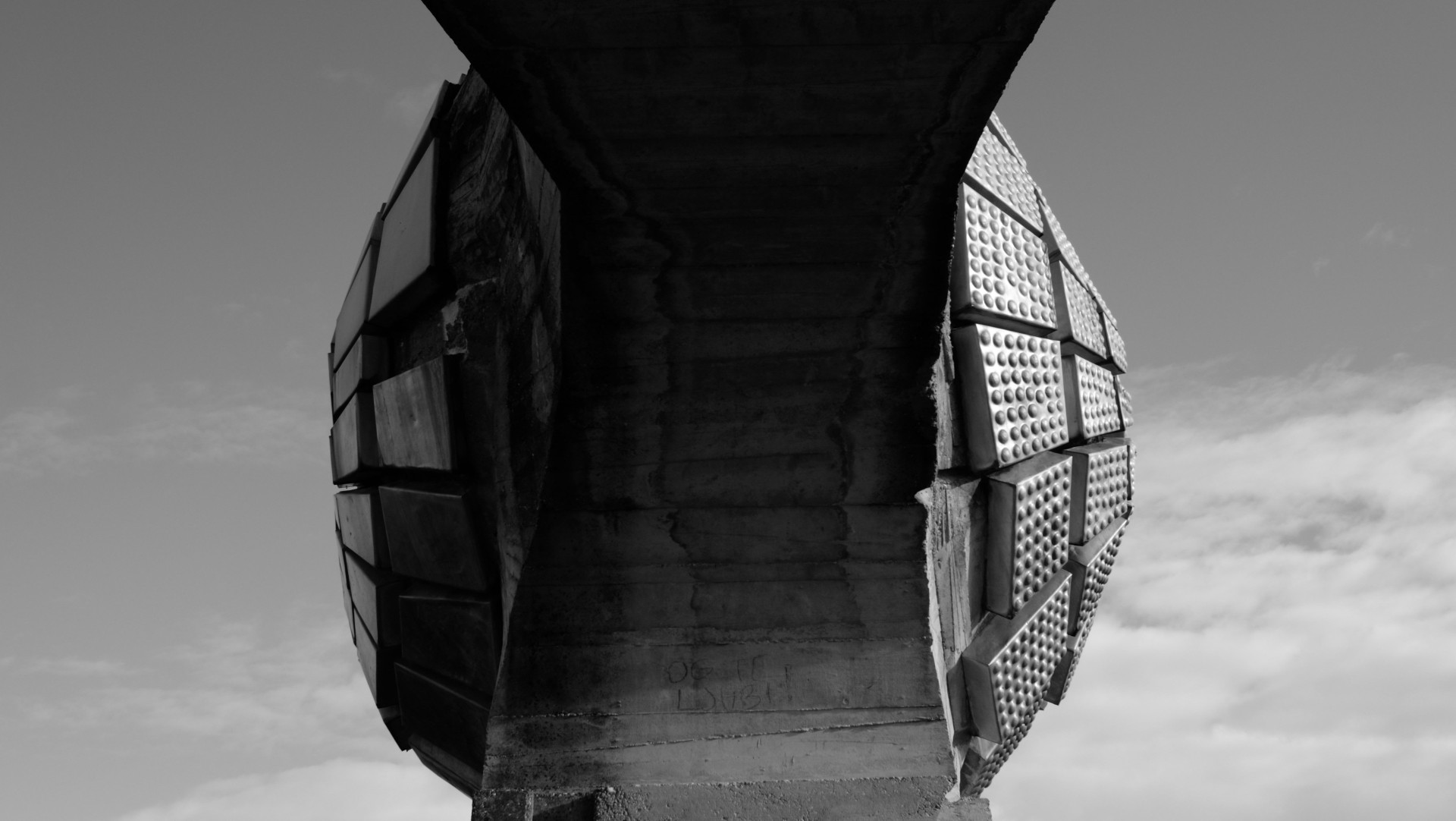 Two billion years ahead of us, a future race of humans finds itself on the verge of extinction. Almost all that is left in the world are lone and surreal monuments, beaming their message into the cosmic wilderness.

Last and First Men is a 70-minute film-essay loose adaptation of the 1930s sci-fi novel of the same name. The film premiered at the Berlinale some two years after the death of the filmmaker – Icelandic film composer Jóhann Jóhannsson (‘Sicario’, ‘Arrival’, ‘Mandy’), with this being the artist’s only film he ever directed.

In the film, Tilda Swinton is the literal voice of the future: a disembodied narrator from the hyper-evolved “18th species” of humanity who are speaking to us from some point after 2,000,000,000 A.D. Swinton makes for an excellent narrator and it’s a comforting choice: the one expected, knowably strange detail in an otherwise amorphous, disorienting sci-fi meditation.

Shot in stark 16mm black and white, Jóhannsson and cinematographer Sturla Brandth Grøvlen (‘Victoria,’ ‘Wendy’) create a universe where people are replaced by hulking monuments to their existence – brutalist sculptures set against an ephemeral and monochrome world.

This hypnotic work of art, who some see as containing echoes of Kubrick and the avant-garde, serves as a reminder of human mortality, extinction, and legacy – themes made all the more poignant given our current climate, and of course the fact this is the filmmakers Last and First creative statement.