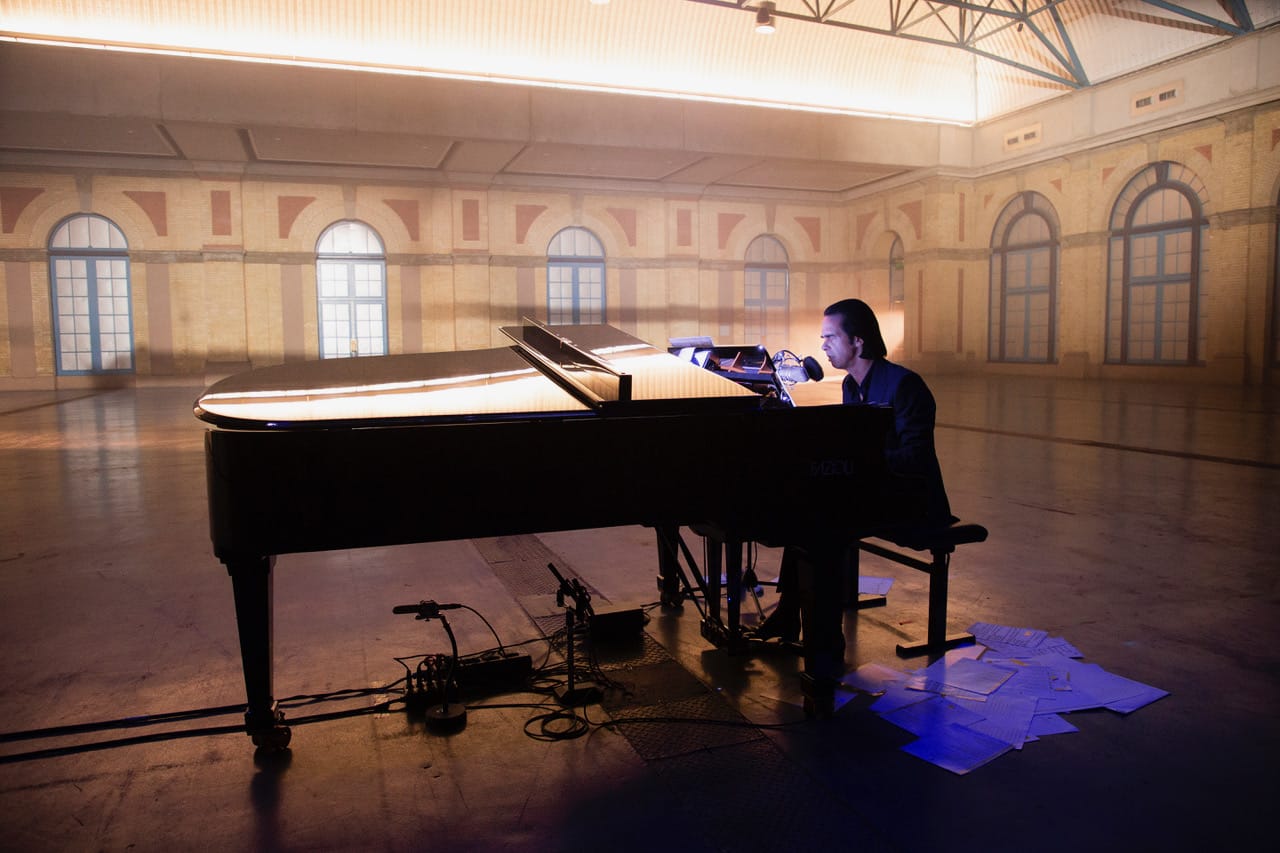 Idiot Prayer: Nick Cave Alone at Alexandra Palace sees Nick Cave play his songs at the piano in a rarely seen stripped back form, from early Bad Seeds and Grinderman, right through to the most recent Nick Cave & the Bad Seeds album, Ghosteen. The film features tracks including Into My Arms, The Mercy Seat, Higgs Boson Blues and Girl In Amber. Recorded in June 2020 and initially imagined as an online only event, fans will now be able to watch the film on the big screen as an extended cut featuring four unseen performances.

Recorded as the UK slowly emerged from lockdown and conceived as a reaction to the confinement and isolation of the preceding months, Idiot Prayer is a souvenir from a strange and precarious moment in history. The performance was filmed by award winning Cinematographer Robbie Ryan (The Favourite, Marriage Story, American Honey) in Alexandra Palace’s stunning West Hall. It was edited by Nick Emerson (Lady Macbeth, Emma, Greta) and the music was recorded by Dom Monks.